Ill be putting some new content up on the Trojan Freefighter page as part of there blog in the upcoming future.  I want to do my part to try promote the club and its a good way to keep me writing.  Ill be doing some spotlight articles on the coaches and members that train there as well as providing and insight into what training is like for the beginner and those at pro level.

My own training is currently intermittent as BJJ falls on 3 nights at Trojans and currently I am working 2 of them.  But only during term time, so during the holidays I will be training every single night possible to try and make up some long ground.  However deep in my heart I believe that steady consistency is definitely better than training in bursts.  To try get the most out of my limited training I've been really trying to focus on getting maximum practise in each session.  I try to never choose my partners, instead to just make myself available to all comers so I don't unconsciously avoid the hard rolls.  When I spar with a much less experienced or able opponent I try and put myself in bad positions and give them opportunities.  Ill also only use a very specific tactic to try and explore where I need to improve it.  I.E open guard to triangle, closed guard to gi choke, spider guard to sweep etc.  With the tough guys I can push myself and try do my best.  My one big problem is I am a chatty training partner! sometimes I just need to shut up.  I don't try coach those who are at a similar level or above, I just like to give compliments!
Posted by Jadon Ortlepp at 06:00 No comments:

It’s been a long time since I’ve updated!
But due to special request I thought I would provide an update.
I had to stop BJJ when I was expecting my son to save some money.  Once he was born and we had some idea of finances I started training Judo again as I had some good clubs near me, its a 3rd of the price and would cross over with BJJ.  I did that for about 2 years, working my way up to brown belt (1st Kyu).  I really enjoyed Judo and made some good friends at Guildford Police Judo club and Dorking Judo club.  One of which was Stuart who has his own blog and does abit of BJJ.  I feel I could definitely go for my 1st Dan, just need to do a technical grading and then beat a few people up at competition.

I then moved to Worcester!, found a great Judo club but then also found a nearby BJJ club!.  I had been missing BJJ alot and I couldn’t make time to do both so I am back to BJJ at Checkmat (Trojan Freefighters) Worcester under Paul Severn.  I am still a blue belt but the Judo has helped me from deteriorating too much and has taught me a different skillset.  Judo guys have a fast groundgame and almost always prefer to be on top.  Plus the standup obviously.

I feel very comfortable now at blue, and am now able to give the higher belts abit of a harder time and keep myself safe when fighting giant barbarians.  Its been fun acclimatizing to new opponents with different styles to that Im used to.  As alot of them are MMA guys most of them aren’t used to being attacked with traditional gi chokes, which I love.  Downside is they are all leg lock crazy.  But everyone has a good attitude and injuries are rare so I am happy.

Working towards that purple, but may take a while as new clubs often want you to earn your place in the team first before being promoted.  Im in no hurry though.


Enjoying the Journey!
Posted by Jadon Ortlepp at 12:54 3 comments:

Ive been stuffing my face with pizza and takeaway the last 2 weeks, felt abit shit at training (an incentive to eat well!)but was mystified at somehow losing weight. Am now 67kg. Ive noticed two things of interest recently:

Been using the cross choke from guard and mount a huge amount, practically every single roll multiple times and have been getting it quite tight. My hands are feeling pretty strong, hopefully if I can get some more climbing wall practise itll get even better.

The other note of interest is the psychological aspect. I was successfull a few times and some people gave me some compliments and it gave me a massive unconscious boost to carry on with that tactic. Which has led to me improving it through practise and now forms a big part of my arsenal. All down to positive reinforcement really. So give a training partner a compliment on something they did well and see what effect it has. Ive made it a habit of always trying to give a compliment on something they did well after every roll. You run the risk of sounding condescending but the good vibes are worth it I think as these are the things you draw on when you are at a low point.

My instructer doesnt give compliments very often but when he does they hold more gravity. I very specifically remember the first time I got to roll fully, Id been waiting for a long time and was very determined. Landed a triangle quickly on a larger opponent. After the roll my instructer told me I did well, very simple and understated but I still carry that with me.

We put alot of effort into taking care of our physical health so that we can train but the mental aspects are just as important. If you attack every less experienced partner with the aim of submitting them as often and effortlessly as possible then you are gonna kill their confidence, which may hurt their ability and even their enjoyment of the art. Which is unforgivable.

Let me know if you see any interesting effects after giving someone some positive feedback. 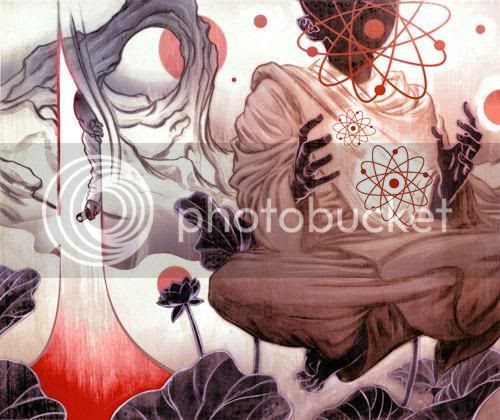